On May 20, local time, the U.S. Centers for Disease Control and Prevention (CDC) released a weekly report on the new crown epidemic. The new variant BA.2.12.1 of Omicron with super immune escape ability has accounted for 47.5% of new cases in the United States. Two months ago, the proportion of BA.2.12.1 was 1.5%, and the proportion increased by 30 times within 60 days.
The United States just experienced the Omikron epidemic tsunami from last winter to this spring. The first half was BA.1, and the second half was BA.2. However, the infection of a large number of people and the high level of immunity of the population brought about by vaccination still cannot stop BA.2.12.1 from making waves again. Because of the mutation of the BA.2.12.1 spike protein, it has a super immune evasion ability.
The mutation at L452 site of BA.2.12.1 spike protein is the spike protein mutation site that Omicron BA.1 and BA.2 sub-variants do not have, but the delta variant has. This means that under strong positive selection pressure, the Omicron variant has convergent evolution with the delta strain on the spike protein gene. The mutation on the spike protein is particularly noteworthy because the spike protein plays a key role in the entry of the new coronavirus into human cells: the spike protein can bind to the ACE2 receptor of human cells, invade across the cell membrane, and open the cell door. The "key" is also the main target of mRNA vaccine and antibody drug design.
BA.2.12.1 has a strong immune escape ability. The latest research from Ohio University in the United States shows that the neutralizing antibody in the serum of the recovered population after BA.1 and BA.2 infection and the serum of the population who received 2 or 3 mRNA vaccines were tested. The broad sub-variants BA.1, BA.2, BA.2.12.1 are more resistant. In addition to immune evasion capabilities, studies have shown that the spike protein of BA.2.12.1 has enhanced infectivity, processing capabilities, and cell fusion.
U.S. coronavirus cases are skyrocketing, driven by BA.2.12.1. According to the CDC's weekly report, daily new cases in the United States increased by 18.8% compared with a week ago, the nucleic acid positive detection rate increased by 23.2%, and the daily number of new hospital admissions increased by 24.2%.
Specifically, as of May 18, 2022, the current 7-day moving average of daily new cases was 101,100, compared with the previous 7-day moving average of 85,100 daily increases as of May 18, 2022 , the United States reported a total of 82,820,565 new crown cases. The nucleic acid positive detection rate was 10.6%, compared with 8.6% a week ago. The seven-day moving average of daily new hospital admissions was 3,250, compared with 2,629 a week ago.
According to the latest surveillance data from the CDC of the US Centers for Disease Control and Prevention, the BA.2.12.1 variant has accounted for 73.1% of New York and New Jersey. In the United States, the BA.2.12.1 variant has also occupied the proportion, which has soared by 11.5% from 42.6% a week ago. There is currently no evidence that BA.2.12.1 causes more severe symptoms than its various sub-variants of the original Omicron strain.
Previously, it was generally believed that the virulence of Omicron was weak. However, recent studies from two teams from Hong Kong University and Harvard University have shown that in the absence of vaccination, infection with the Omicron strain faces the same risk of infection with the early stage of the new crown. The risk of death is similar to the original strain. 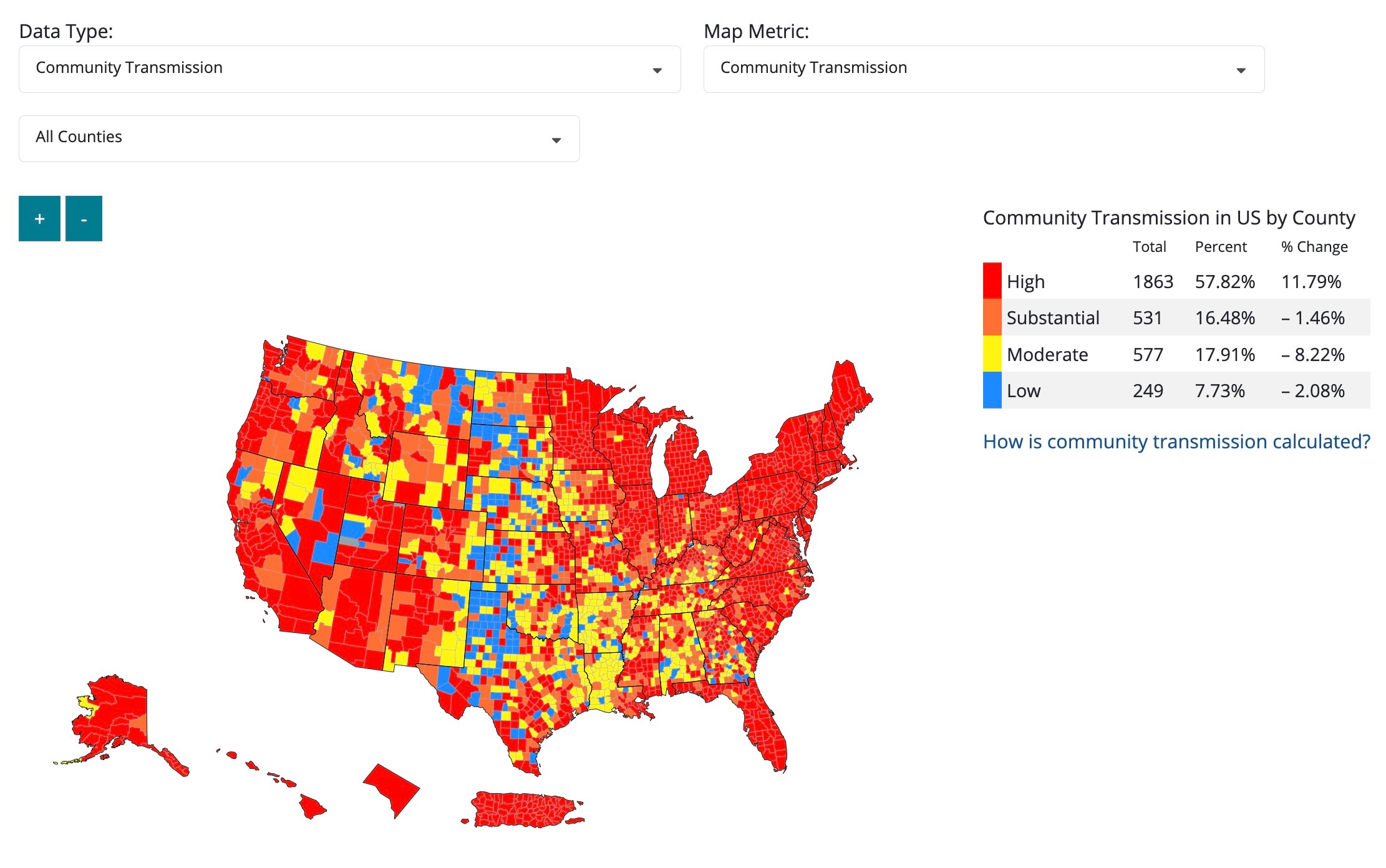 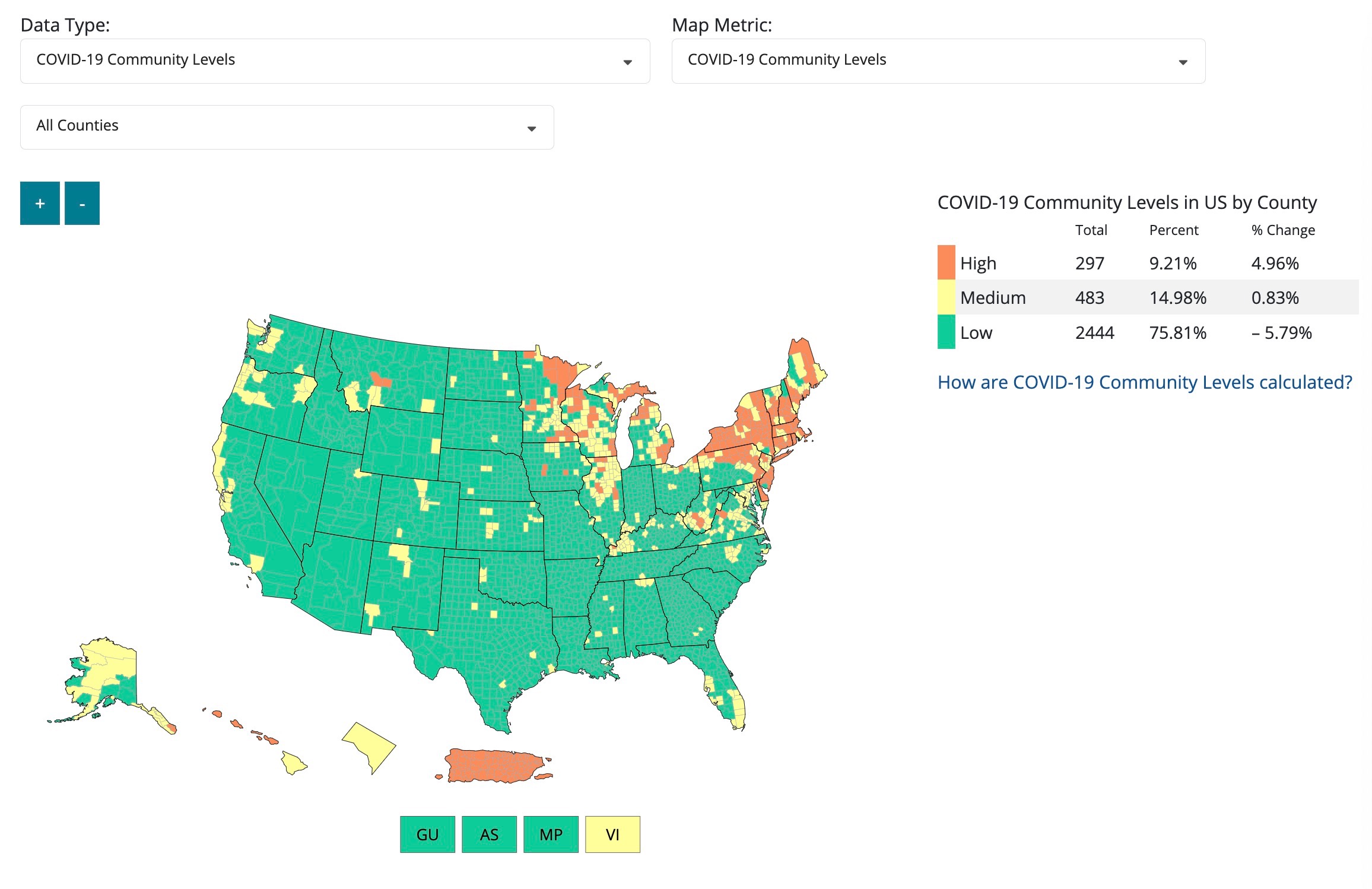 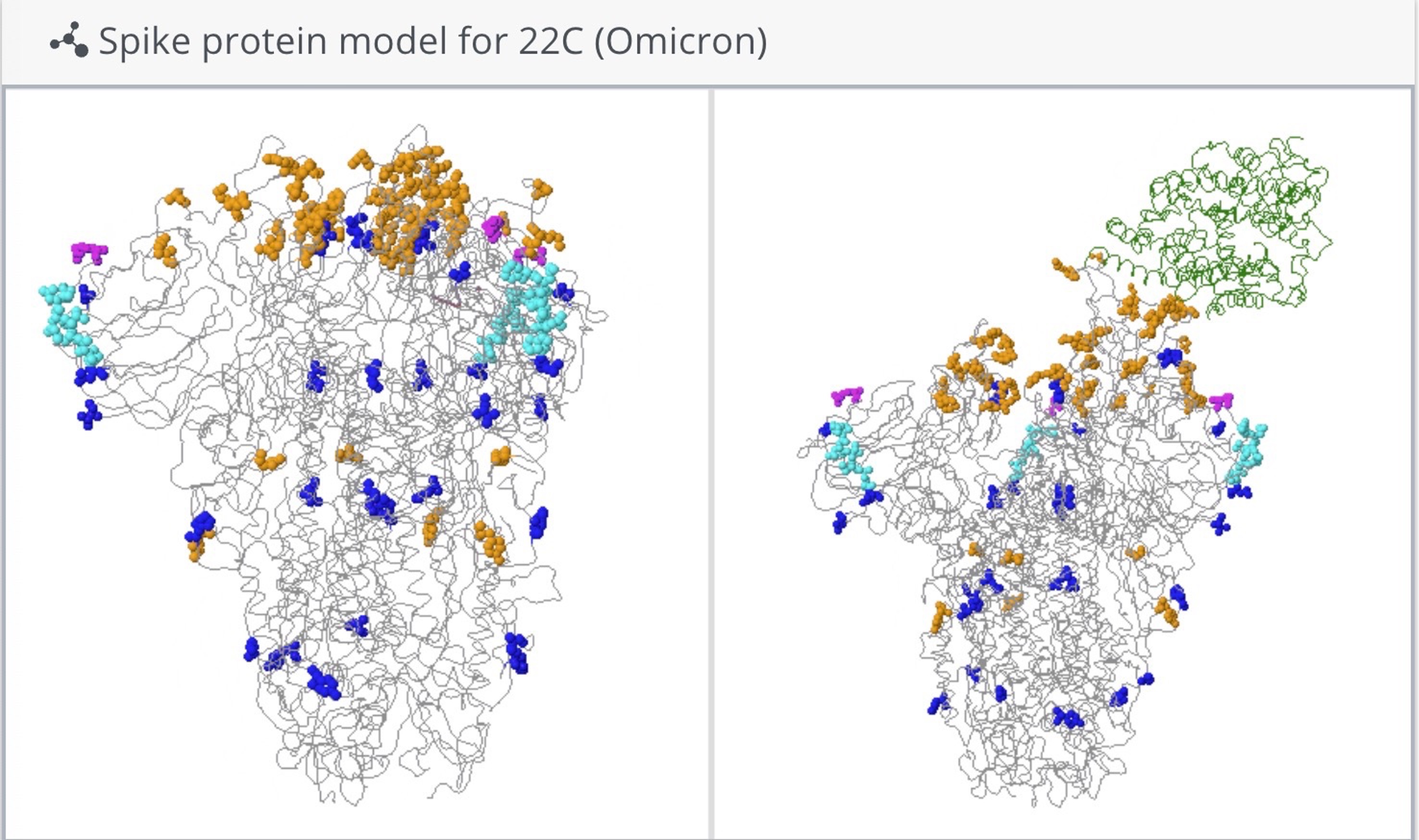 To understand what the presence of L452Q in BA.2.12.1 means, we must first understand the spike protein.
The spike protein is an important structure for the new coronavirus to bind to human cell receptors and enter host cells. Because the spike protein is also the target of neutralizing antibodies and T cells, the positive selection pressure of the spike protein is particularly high, and the mutation is frequent.
The spike protein has a total of 1273 amino acid positions, which are divided into two subunits, S1 and S2, by the relatively middle 681 positions. The S1 subunit is composed of an N-terminal domain and a receptor-binding domain (RBD), and the S2 subunit is composed of a fusion peptide (FP), an internal fusion peptide (IFP) and two heptapeptide repeat regions.
The new coronavirus particles are anchored to human cells after binding to the ACE2 receptor through the S1 subunit RBD domain of the spike protein. Transmembrane serine protease 2 (TMPRSS2) on cells can activate the new coronavirus to invade cells. The S1 subunit is cleaved under the action of TMPRSS2, exposing the FP in the S2 subunit, initiating membrane fusion and further releasing the virus into the host cell. The viral ssRNA is then attached to the ribosome for replication and protein translation, and further processing and packaging into a new virus. After release, it causes the spread of infection and damage to host cells and activates the immune system.
Considering that the receptor domain (RBD, between 319 and 537) is the region where the spike protein binds to the ACE2 receptor, mutations in this part may affect immune evasion and receptor affinity, so mutations in this part are particularly affected. virologist's attention. Position 452 is located in the receptor domain (RBD).
If 452 refers to the position of the spike protein, then the two letters L and Q refer to the corresponding amino acid. The protein is composed of 20 kinds of amino acids, among which L means that the amino acid before mutation is leucine, and R represents that the amino acid type after mutation is glutamine. The full meaning of L452Q is that the leucine at position 452 of the spike protein is mutated to glutamine.
The wave of Omicron sweeping the world can be divided into two parts: BA.1 dominated the early stage, and then BA.2 quickly replaced the former. Virologists Stegger et al. found that BA.2 was able to re-infect patients who had recently recovered from BA.1 infection because BA.2 possesses several key mutations that differentiate it from the BA.1 lineage, including T191, L24S , A25/27, V213G, T376A and R408S. And these key mutations have caused the global new crown infection to soar.
Recently, BA.2.12.1 under the BA.2 pedigree is continuing to write the script of BA.2 replacing BA.1. BA.2.12.1 is the name under Pango nomenclature. The English letters in front of the Pango name represent a certain branch, and the dots and numbers in the back represent the first descendant branch from the previous branch. BA.2.12.1 means it is the 1st grandchild under the 12th sub-clade under the 2nd branch of the Omicron lineage.
The biggest difference between BA.2.12.1 and its ancestor BA.2 is the L452Q mutation. It is worth noting that the mutation at the L452 locus is possessed by the last delta variant defined as a "variant of concern (VOC)" by WHO, but not in BA.1 and BA.2. .
The research of Xie Xiaoliang's team of Peking University shows that BA.2.12.1 has a stronger receptor affinity than BA.1. Compared with BA.2, BA.2.12.1 showed stronger neutralizing antibody escape ability to the sera of subjects who had been vaccinated with three doses of vaccine.
Xie Xiaoliang's team also screened a total of 1640 receptor domain neutralizing antibodies, of which 614 were antibodies isolated from the serum of BA.1 recovered patients. The researchers tested their neutralizing ability against each variant of Omicron.
The paper shows that vaccination + BA.1 infection history mainly activates the humoral immune memory induced by the original strain, and mainly produces neutralizing antibodies that have cross-immune protection against the original strain and BA.1. These neutralizing antibodies with cross-immunity protection are easily escaped by mutations at the L452 site of the spike protein, such as BA.2.12.1 with L452Q mutation, BA.2.13 with L452M mutation and BA.4 with L452R mutation /BA.5 etc.
This also explains the frequent occurrence of mutations at the L452 locus in the sub-lineage variants of Omicron, in fact, in response to the immune pressure of BA.1 infection survivors.
The Ohio University team's research selected the serum of medical workers who had been vaccinated with 2 doses and 3 doses of mRNA vaccine, and tested the immune escape ability of BA.2.12.1 and BA.1 and BA2 viruses, and found that BA.2.12.1 It has stronger neutralizing antibody resistance and stronger escape ability.
Specifically, the neutralizing antibody titers to BA.1 and BA.2 of the sera of medical workers who received 2 doses of the vaccine decreased by 20 times compared with the original strain, while the neutralizing antibody titers to BA.2.12.1 Compared with the original strain, it is 36 times lower.
Compared with the original strain, the neutralizing antibody titer of the sera of medical workers who received 3 doses of vaccine decreased by 2.9 times compared with the original strain, and the neutralizing antibody titer to BA.2.12.1 was even lower than that of the original strain. 3.7 times.
The stronger immune escape ability means that after being vaccinated or previously infected with Omicron BA.1 and BA.2 strains, it is still possible to be infected with BA.2.12.1 again.