"The Lancet" published an article saying that the first case of monkeypox passed from humans to pet dogs was found.
The US Centers for Disease Control and Prevention (CDC) immediately adjusted its monkeypox prevention and control guidelines: it is recommended to isolate monkeypox patients and pets. 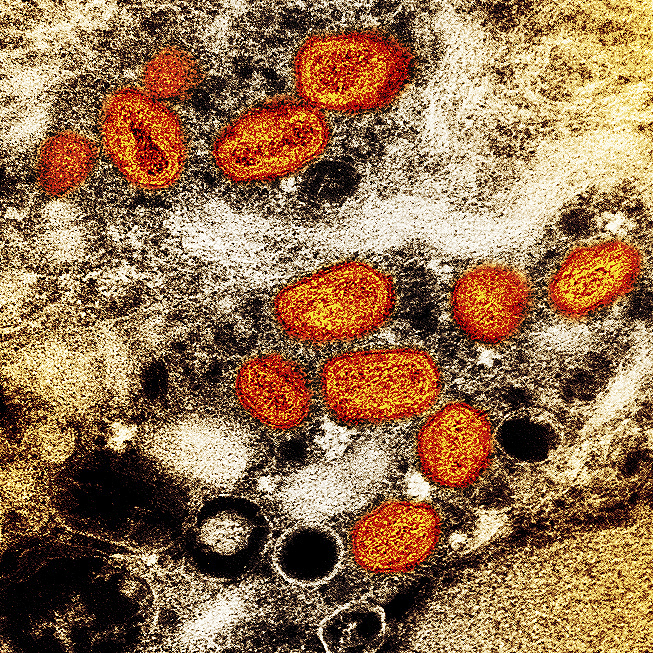 On August 10, a short article published online by The Lancet stated that Professor Sophie Seang of the School of Virology, Pitié-Salpêtrière Hospital, Paris-Sorbonne University, France, and his collaborators found that after contact with an owner infected with monkeypox, pets had a Dogs also got monkeypox. There have been no previous cases of humans spreading monkeypox to dogs.

The article said the two male patients were gay couples and lived together. They went to a hospital in Paris on June 10 because of symptoms of monkeypox. Patient A is 44 years old and patient B is 27 years old.
Twelve days after the two patients developed monkeypox symptoms, their 4-year-old male Italian greyhound also developed mucocutaneous disorders such as abdominal pustules and anal ulcers.
In order to test whether the monkeypox virus of the pet dog and the owner is homologous, the researchers compared the gene (DNA) sequence of the monkeypox virus of the pet dog and patient A, and found that both samples contained B.1 of the hMPXV-1 branch lineage monkeypox virus.
In addition, the researchers sequenced the monkeypox virus in patient A and pet dogs and found that the virus showed 100% homology at 19,500 base pairs. That is to say, the monkeypox virus in patient A and the pet dog is the same.
According to the two patients, they have been careful to prevent their dog from coming into contact with other people or pets since the monkeypox symptoms.
Taken together, the genetic symptoms of the two patients and dogs suggest that monkeypox virus is indeed transmitted between humans and dogs, the researchers said in the paper.
Based on this finding, the researchers immediately advocated discussions on the need to isolate pets from monkeypox-positive patients, and called for further investigation into the existence of secondary monkeypox transmitted by pets.
After the publication of this paper, the US CDC also recommended that monkeypox patients avoid close contact with animals as much as possible; if the owner is diagnosed with monkeypox, pets who have not been exposed to the virus should be taken care of by other family members or friends until the owner fully recovers.

Media reports that the US CDC has changed its prevention and control guidelines, source cbsnews.com

In addition to preventing the spread of monkeypox between humans and pets, what other ways can we cut off the spread of monkeypox?
Origin and Transmission of Monkeypox
As a viral zoonotic disease, monkeypox can not only be transmitted between animals and humans, but also can be secondary transmitted between humans. The main transmission routes include respiratory droplets, blood and body fluids, and virus-contaminated items. The dissemination channels are relatively wide.
Where did the monkeypox virus come from?
According to WHO, monkeypox virus mainly comes from certain rodents in Africa, such as African squirrels, Gambian giant rats, dormouse, different kinds of monkeys and other animals. It is more common near tropical rain forests, where there are a large number of animals that carry the virus.
According to the public information on the WHO official website, monkeypox virus is similar to smallpox virus, and both belong to orthopox virus. Therefore, as a "close relative" of smallpox, monkeypox symptoms are very similar to smallpox, mainly manifested as fever, severe headache, swollen lymph nodes, back pain pain, muscle pain, and a widespread characteristic rash.
As a "close relative" of smallpox, the most fatal infectious disease ever, the power of monkeypox should not be underestimated. The number of monkeypox cases has exceeded 30,000 (31,799), including 12 deaths.

Monkeypox deaths, picture from the US CDC