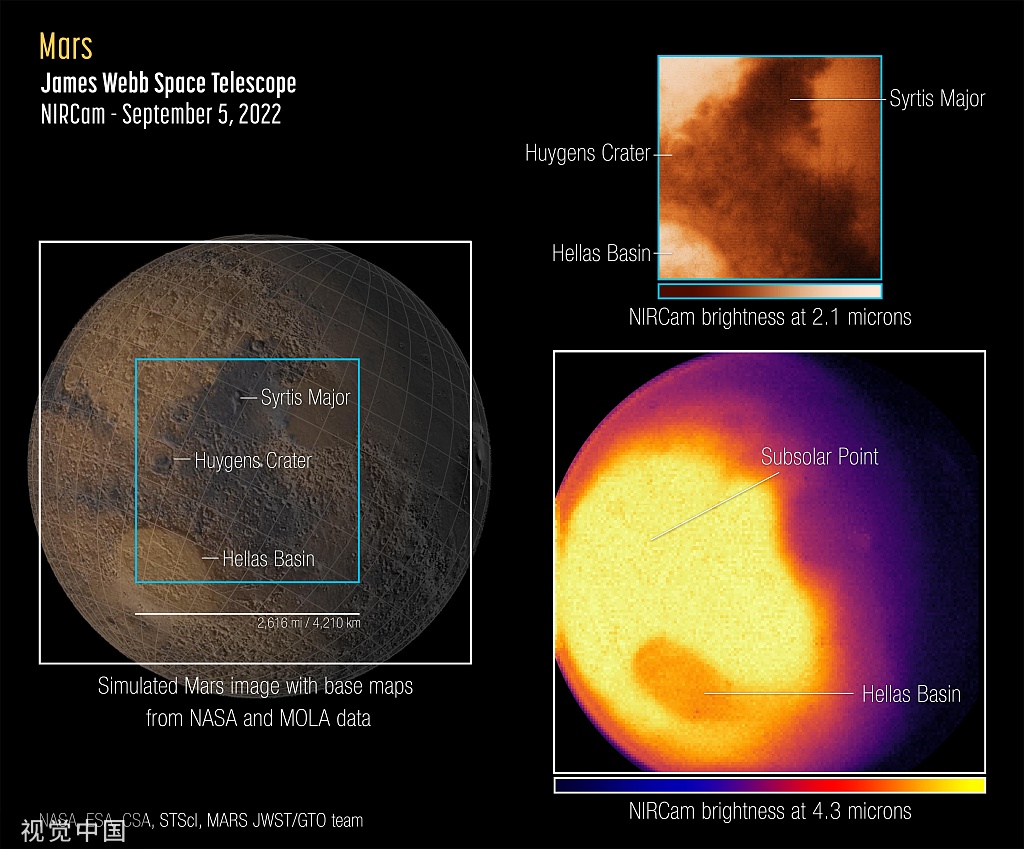 According to a report on the website of the British "New Scientist" magazine on the 19th, the James Webb Space Telescope recently released its first infrared image of Mars, capturing atmospheric data of the entire planet, which will help astronomers identify previously unidentified instruments. phenomena and gases to better understand the atmosphere of Mars.

The images Webb released show images of Mars' eastern hemisphere in two different infrared wavelengths. The shorter wavelengths are the result of Mars reflecting sunlight, showing features of the planet's surface commonly seen in visible-light images; the longer wavelengths show information about the heat radiated from Mars' surface and atmosphere, as well as the concentration of carbon dioxide in the atmosphere.

Geronimo Villanueva of NASA's Goddard Space Flight Center points out that the Webb Space Telescope has difficulty imaging close-up planets like Mars because it is itself designed to probe very distant , faint celestial bodies. Reflecting sunlight from Mars overloaded Webb's probes, so they had to take short exposures to sample only part of the light from the probes.

One advantage of using the Webb telescope, the researchers say, is that the entire planet's surface can be simultaneously imaged at high resolution in short exposure times, allowing the study of short-term events such as dust storms, weather patterns and seasonal changes.

In addition, this complete image will also make it easier for scientists to trace the source of any trace gases they find. These trace gases, such as methane or hydrogen chloride, are present in small amounts in the Martian atmosphere but are important for identifying possible biological or geological processes. Previous missions to measure trace amounts of gas around Mars have used orbiters that have only taken snapshots of small areas of Mars.