Why do we have a popular science concert? 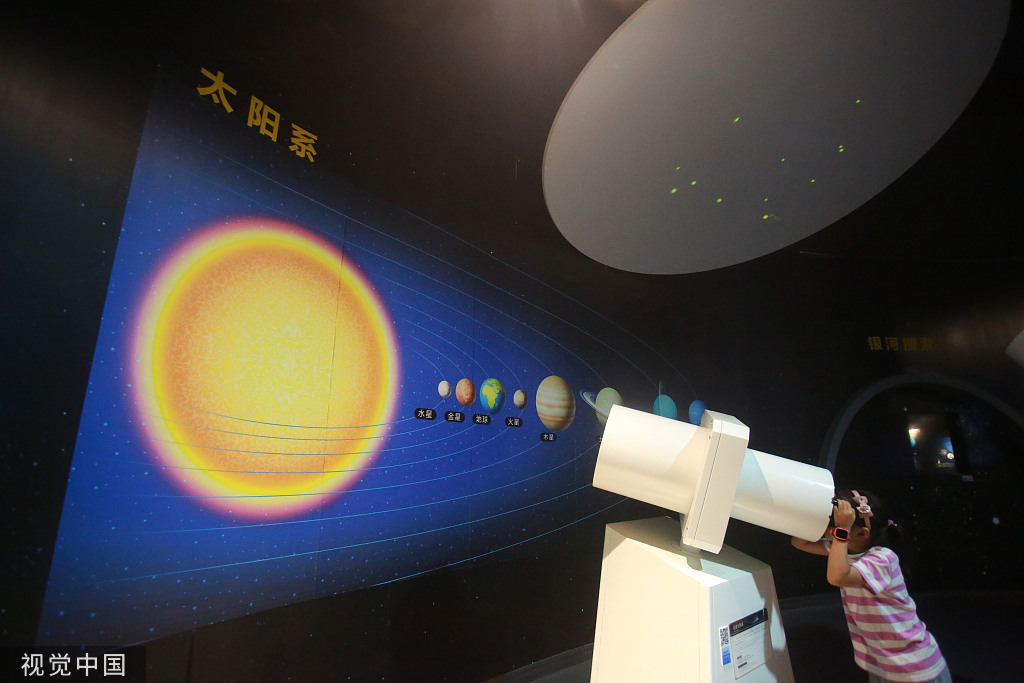 According to the "14th Five-Year Plan" National Science and Technology Popularization Development Plan previously released, the overall goal of the "14th Five-Year Plan" for popular science development is that by 2025, the proportion of citizens with scientific literacy will exceed 15%. A diversified investment mechanism for science popularization has basically been formed. While the government increases investment, it guides enterprises, social groups, and individuals to increase investment in science popularization.

These all prompt us to rethink the meaning of "popular science".

Science popularization is a job that looks simple but is actually very difficult. It is simple because there was once a saying in the academic circle that "scientific research is not fruitful, just do science popularization", it seems that science popularization is the second choice for scientific research; it is difficult because "science" and "generalization" In fact, they are inherently contradictory. To learn and understand science and technology often requires the audience to have a certain knowledge reserve, and to achieve "popularization", it is necessary to allow as many people at different levels to be able to contact and understand as much as possible. scientific information.

And astronomical science, it can be said that it is "more difficult". Although each of us can look up and see the stars, how many people really understand the stars far away in the sky, and how do they relate to their own lives?

This question, we asked Chi Mingmin, associate professor and doctoral supervisor of the School of Computer Science and Technology of Fudan University. She is one of the participants of the "Star Exploration Program", and has also undertaken the research and development tasks of a number of National Natural Science Foundation of China projects and national key research and development projects.

"Astronomy is an 'aristocratic' subject in a sense, because it cannot bring so-called direct economic benefits." Chi Mingmin said that most scientific research projects need to write in the estimated economic benefits, but astronomy Relevant scientific research projects are not required. In this sense, it is not unreasonable to say that it is an "aristocratic discipline" - it seems that this is a discipline that will only be studied when "eaten".

But on a deeper level, astronomy is about "humanity" and "universe" questions that everyone has since childhood: Where do I come from? Where did the earth come from? What's in the sky? They represent the original human curiosity and imagination.

Curiosity and imagination are the source of human progress as a group.

As far as Chi Mingmin is concerned, in the process of participating in the "Star Exploration Program", the most exciting and exciting moment will be the moment when he discovers the results of the exploration of the Andromeda galaxy. What new discoveries will be brought to galaxies 2.5 million light-years away? It is something to be excited about for every researcher, for every curious person.

"The breakthrough from 0 to 1 may be the most exciting moment for me." Chi Mingmin said.

According to Wang Shen, a Ph.D. from the National Astronomical Observatory of the Chinese Academy of Sciences, a post-doctoral fellow at Fudan University, and a participant in the "Star Exploration Program", astronomy is an expensive discipline, and it is also an "inclusive" discipline. "We can see the starry sky when we look up. As long as you have your own thoughts on this starry sky, you have already taken the first step in astronomical research."

In fact, the quantitative limit brought by astronomical research and the way of thinking beyond imagination are an important opportunity for the progress and development of human society. For example, Jobs argued that ordinary consumers don't know what products they need, and that great companies create products that people really need, and that many of these products may have their roots in astronomical research. For example, WiFi technology, which is more and more inseparable in our lives today, was born from a black hole project.

Shen Zhiqiang, director of the Shanghai Astronomical Observatory of the Chinese Academy of Sciences, said, "The importance of popular science cannot be overemphasized." Doing science popularization is a social responsibility that every scientific researcher needs to undertake, and it is necessary to pass on the scientific spirit and scientific method. "The strength of a country's science and technology does not depend on a few individuals or a few points, but requires the improvement of the scientific literacy of the whole people."

Popular science includes children, but not only children

When it comes to popular science, the first object that many people think of is children. In my country's education system, science education for children has always been attached great importance, and Chi Mingmin also recognizes the importance of science education.

"I have a daughter who is in the second year of junior high school. In fact, the exams in geography and science that they are about to take are part of popular science education. If you know and are interested in these things, you will learn very quickly." And more importantly The thing is, popular science education will greatly expand children's horizons, cultivate the qualities of repeated attempts and perseverance in the face of setbacks, which will be very helpful to their future growth.

However, from the perspective of the whole society, Chi Mingmin believes that the audience of popular science should include all people, suitable for all age groups and various occupations. Taking herself as an example, "My major is computer science, or artificial intelligence. Now that I have come into contact with the field of astronomy, I have to study myself, and I need someone to do science popularization for me." Everyone's knowledge and expertise Each field is different. If the popular science work is done well, the cross-integration and cooperation of various fields and industries can be more frequent and smoother.

In 2021, Tencent will join hands with the National Astronomical Observatory and the School of Computer Science and Technology of Fudan University to launch the "Star Exploration Program", which is the result of the sincere cooperation in the fields of astronomy and artificial intelligence. Chi Mingmin said that astronomy is a subject with a high degree of data aggregation. One month of detection may generate 100 million pictures, and massive data labeling cannot be done manually. It must rely on AI models to help screen and identify, so as to improve the accuracy of star exploration. Efficiency and accuracy.

And one of the initiators of the "Star Exploration Program", Wang Yabiao, an expert researcher at Tencent Youtu Laboratory, said that they have been trying to make AI + astronomy do more things, such as the soon-to-be-developed sky survey optical telescope, which itself needs to deal with It is an optical image, which is more compatible with existing AI technology and will have more room for development in the future.

To do a good job in popular science, the most important thing is to let people take the initiative to explore

How does Cope work to be effective? Scientists can write a book, schools can open a class, and some popular science books can be included in the school's must-reading list. But Chi Mingmin believes that the most important thing is to stimulate people's curiosity and let them take the initiative to explore.

Chi Mingmin once went to South Africa with the International Cooperation Department of the Ministry of Science and Technology and the scientific research team of the State Taiwan, and found that the local observatory had specially opened up an area to hold the "African Science Festival". This is a semi-official and semi-private science popularization activity sponsored by the South African energy giant Sasol. It has been held for more than 20 years and has rich forms and contents. Dr. Phil Mwara, Director General of the South African Ministry of Science and Technology, summed up the characteristics of the Science Festival: "We don't call it science, we call it fun." of young people participate, allowing them to be inspired and motivated in pleasant interactions and exchanges, and to think about their own development possibilities in the STEM field.

This moved Chi Mingmin deeply, and this way of popularizing science also left a deep impression on her. "Good science should be interesting science."

Wang Kun also agrees with this point. From an ordinary teenager to a doctor of the National Astronomical Observatory, what inspired him to enter the field of scientific research may be a TV series "The Big Bang Theory". "From the big bang to the big bang of life, it is a very interesting science in itself."

And Shen Zhiqiang believes that, of course, science needs to reach more people, not everyone needs to be engaged in scientific research, but the responsibility of science is to make scientific knowledge the basic cultural accomplishment of people. The best science work is to get as many people as possible interested in science.

"Speaking of pulsars, many people don't have any intuitive concept, or don't know what they are at all." Chi Mingmin said. "We can tell them what a pulsar is, find a pulsar, and use it as a GPS and a beacon for our future voyages.

Pulsars can also be "sound".

In order to let more people know about pulsars, the "Star Exploration Project" team recently converted the radio signals of pulsars searched by AI into "heartbeat" sounds, and joined forces with seven young and cutting-edge musicians to put the pulsar sounds into the music. , wrote a popular science concert under the stars - "Searching for the Heartbeat of the Universe" Pulsar Concert. They hope to be interpreted as a "pulsar" of music, which can reach a wider audience and arouse more people's interest and love for astronomy.

Chi Mingmin believes that perhaps in these music, the curiosity and yearning of a listener will be quietly opened, and a seed waiting to be sprouted for a future astronomical achievement will be planted.

On September 22, a scientific research result published in the journal "Nature" attracted international attention. For 54 days and 82 hours, scientists used China's "Sky Eye" (FAST) to shoot a "big picture" of a "mysterious signal" outside the Milky Way, which lasted only a dozen seconds - Fast Radio Burst (FRB) 20201124A.

This exciting result confirms Shen Zhiqiang's sigh: "When we were young, our classes were all about the discoveries and inventions of Westerners, but over the years, we are very proud that we have achieved many Chinese achievements. The results of astronomical research can be told to the children of this generation. We believe that with the continuous promotion of popular science work, we will surely have more and more such results, and the pace of human exploration of the universe will not stop.”